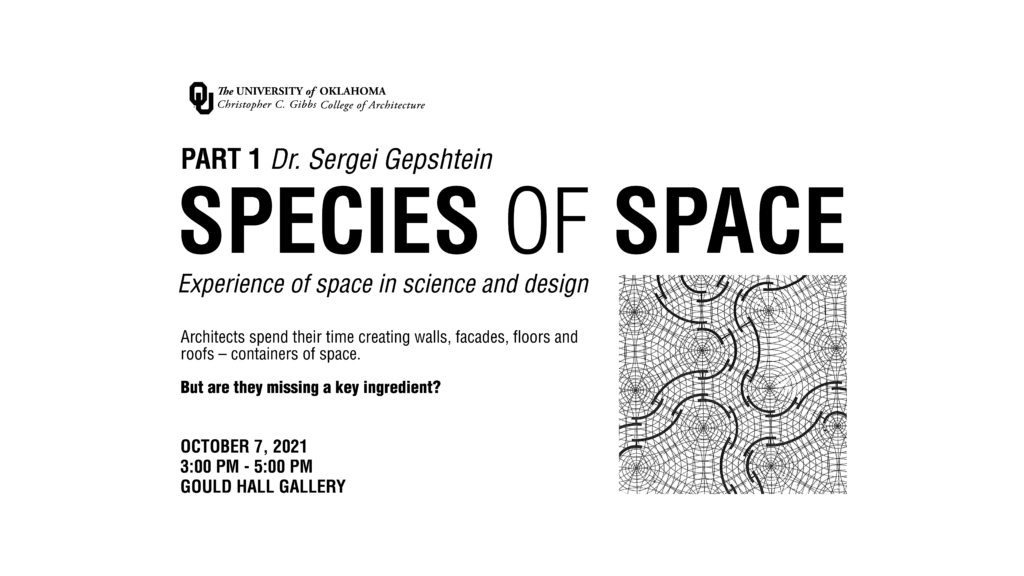 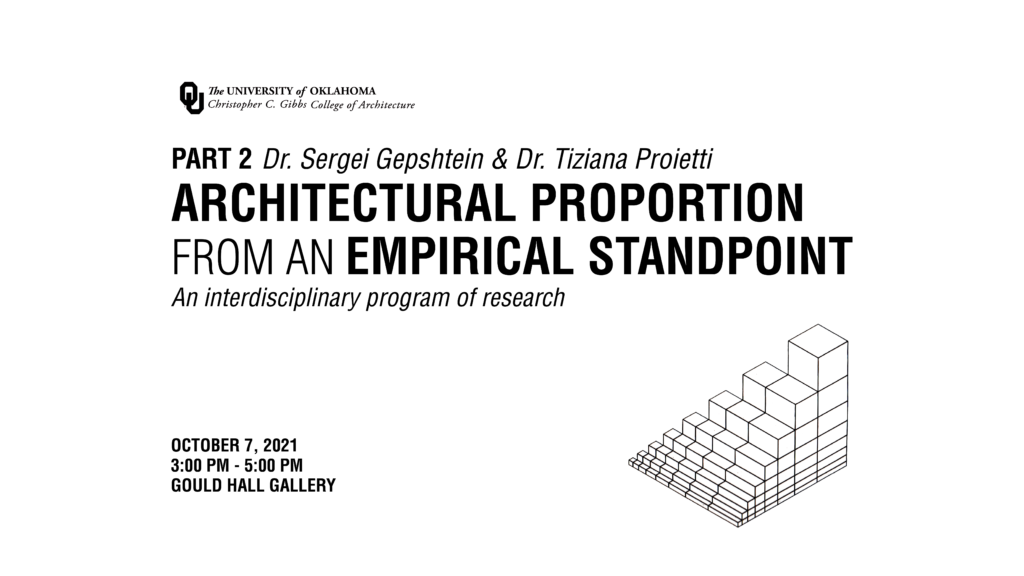 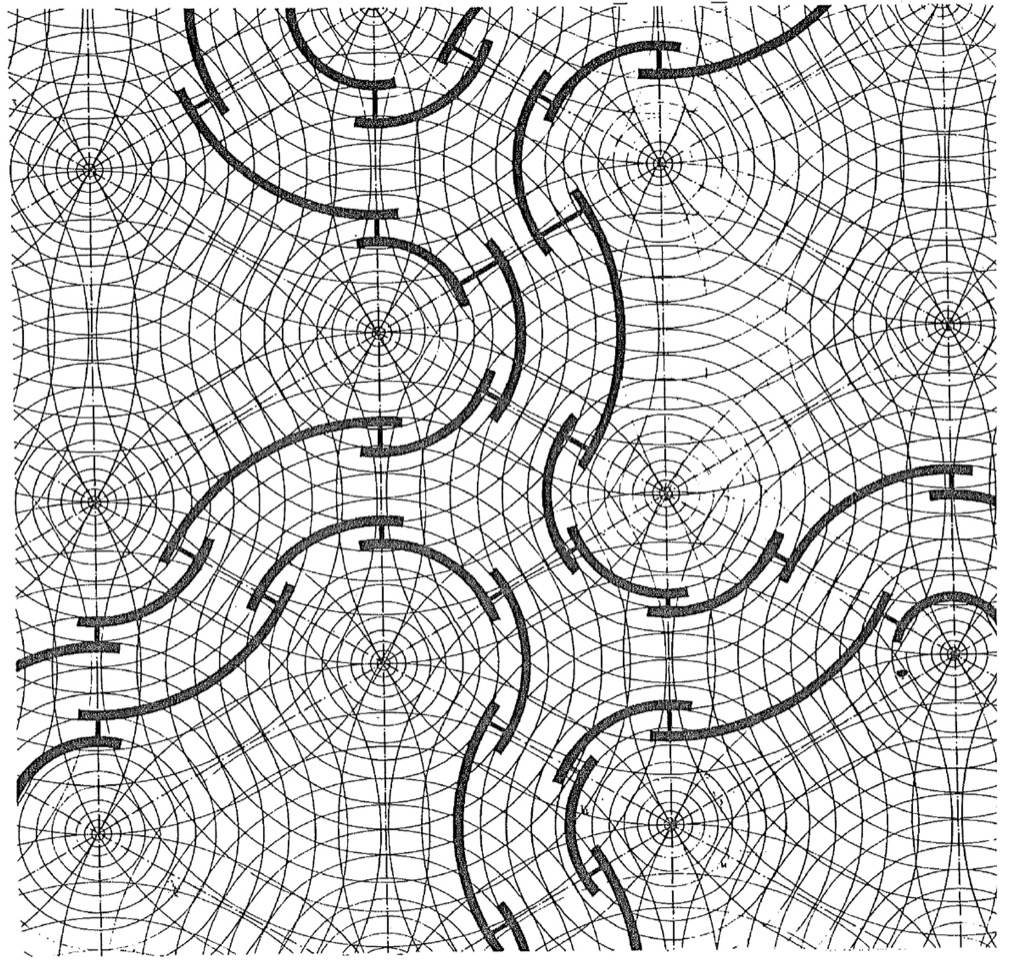 Architects spend their time creating walls, facades, floors and roofs – containers of space. But are they missing a key ingredient? Sergei Gepshtein, who directs research of Adaptive Sensory Technologies at the Salk Institute in San Diego, and research of Spatial Perception and Concrete Experience at the University of Southern California in Los Angeles, investigates the notion of a new architectural object. He shows how the space of experience is articulated by boundaries that arise from the human body. Although intangible and fluid, these boundaries are nevertheless real and systematic, which is why they readily yield to the methods of science.

How does architectural proportion affect our experience of the built environment? After centuries of pondering the role of proportion in architecture, this question has remained unanswered.  Drs. Tiziana Proietti and Sergei Gepshtein attack this controversy from a modern standpoint that incorporates the scientific method. They have developed an interdisciplinary program of research in which they study the perception of proportion using methods of sensory psychophysics and systems neuroscience. They argue that, as a starting point, it is important to understand under which conditions proportions are perceptible by the flesh-and-blood person who moves freely through space and observes it under various distances and angles.

Public Lecture at the C. Gibbs College of Architecture University of Oklahoma